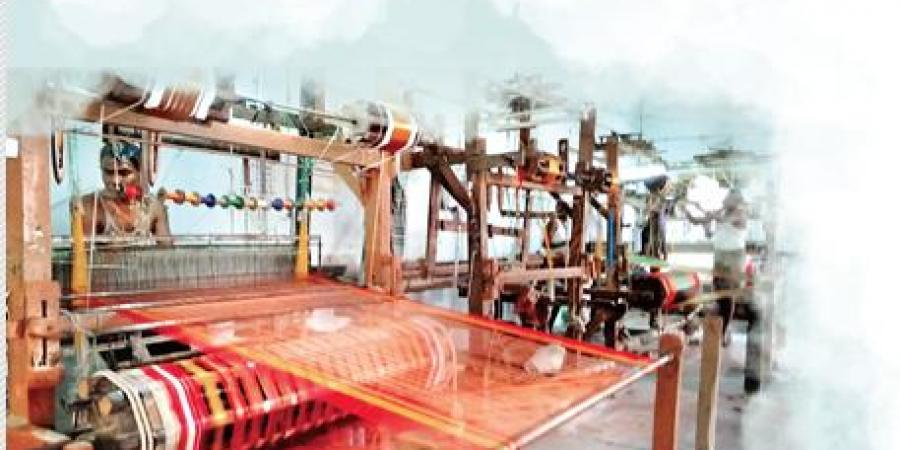 The aftereffects of the lockdown have been hitting hard on the Indian economy, especially on the small and marginal industries. One such sector is the handloom industry which is running out of work for the past five months. While the economy is reviving with the unlock phases, the weavers are still facing the wrath of the global pandemic. Thousands of weavers have gone out of work due to the lack of demand for handwoven products. They are forced to live in penury and are working here and there to make their ends meet. The handloom industry workers have always been subjected to live in poverty because of their low income and the lockdown has added to their misery.

As per the reports of the Epw, the Fourth All India Handloom Census 2019-20 says that around 31 lakh people across the country work in the handloom and weaving sector, with the majority of them residing in the rural areas. Around 66 percent of these workers earn less than Rs 5000 per month, which is below the minimum wage stipulations mandated by the Centre.

While the government has been introducing several welfare schemes for different sectors, the economic isolation of the handloom and weaving sector has preceded the pandemic. An Idr report says, that the Central budget for the sector was slashed down by 32 percent, from Rs 621 crores in 2014-15 to Rs 456 crores in 2019-20. The ignorance of the government and the disruption caused by the lockdown has inflicted a lot of financial damage to the already precarious handloom industry. One of the worst hits was taken by the weavers of Begumpur, West Bengal.

Every year with the onset of festivals like Durga Puja and Kali Puja, Begumpur Saris used to be the center of attraction for women in and around West Bengal. But this year the closure of major wholesale markets and disruption in the supply chain due to the lockdown has turned down the demand of handloom saris leaving the weavers unemployed.

According to a report of The Statesman, around 5000 weavers of Begumpur have been rendered jobless because of the closure of primary wholesale markets. At this time of the year when Durga Puja is just a few months away, the weavers are usually busy fulfilling the demands of handloom saris such as Naksa, Rangabati, Kata Naksha, Taat kata, etc. But this year the closure of major markets like Mangla Haat and Howrah Haat, which are the prime wholesale markets for Begumpur Saris, has affected the usual demand of the products. With zero demand and no new orders, these workers are forced to work in roadside hotels and small shops to earn their livelihood.

The weavers have now put all their hopes on the State Government. They believe that only the government can help them in this tough times. And have appealed to CM Mamta Banerjee to direct Tantushree to place orders for Begumpur handloom Saris and open the Mangla and Howrah Haat in phases.