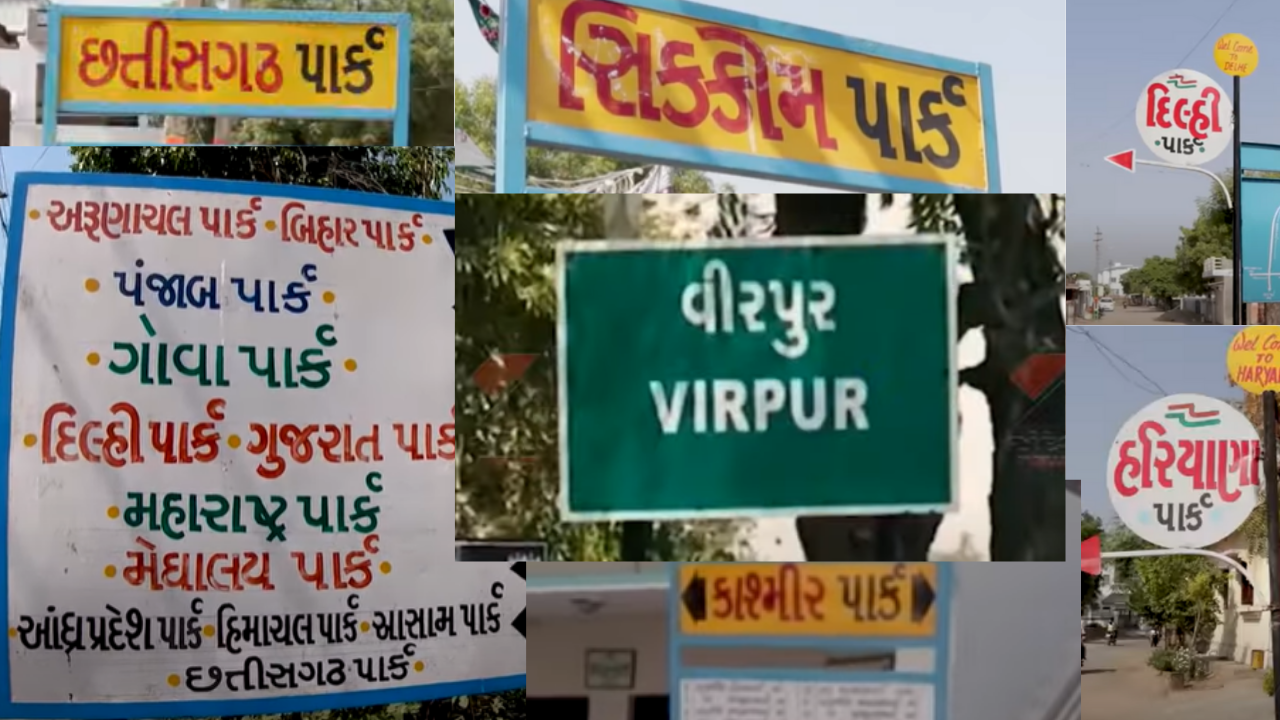 Virpur village located near Himatnagar in the Sabarkantha district of Gujarat is gathering a lot of attention for its unmatched uniqueness. The village is thought to be around 400 years old and is quintessential to the phrase “Unity in Diversity”. While cities like Mumbai and Surat are known as ‘Mini India’ for their cosmopolitan nature, this small village is setting goals. 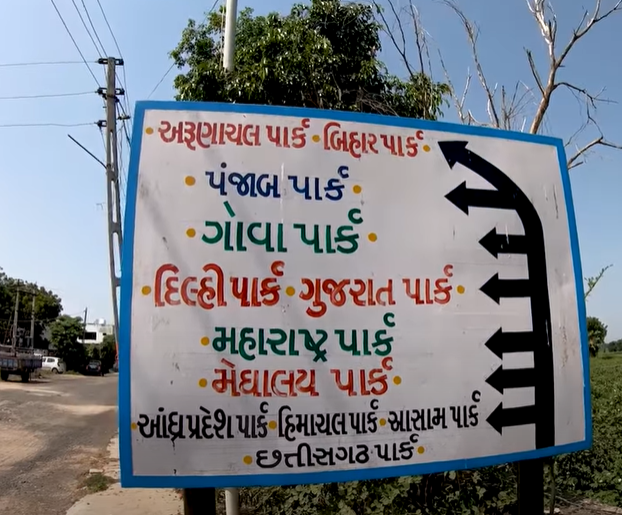 With a population of 3000 people, Virpur has come to recognize itself as ‘Mini India’ with streets and localities named after different states like Haryana, Chhattisgarh, Punjab, Manipur, Delhi, etc. As many as 24 localities are named after 24 Indian states.

The Sarpanch of Virpur, Faruk Khanusia, explains that the villagers felt terrible about the attacks on Bihari migrants in Mumbai, it was then that they decided to spread a message of peace by renaming the streets after the various Indian States. Virpur is a village that believes in the oneness of our country and stands by the phrase ‘Unity is Diversity’. 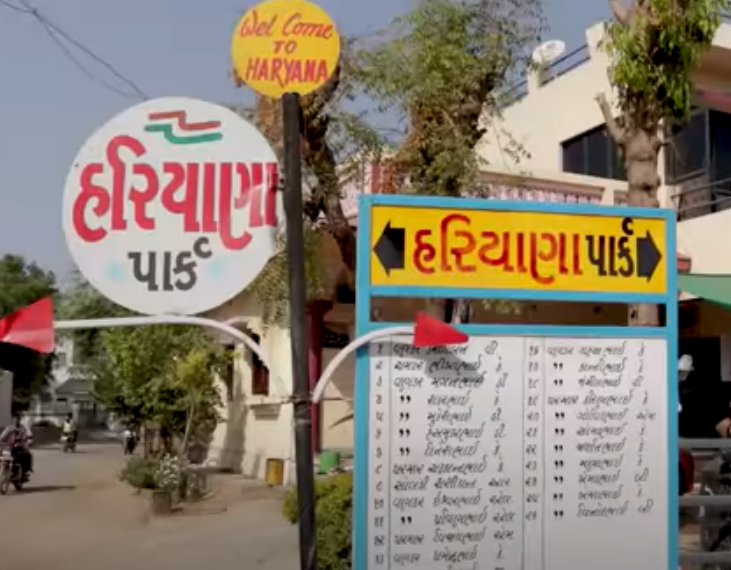 Faruk says that India is one nation and anyone should have the right to go to any state and earn their livelihoods, and that’s the message that the village coveys.

Concept behind renaming the streets

The streets in Virpur are named after the different Indian States, the names of the areas are showcased on the beautifully painted signboard at the entrance to direct visitors to the different state parks like Kashmir, Punjab, Haryana, Andhra Pradesh, Chhattisgarh, Maharashtra, Manipur, etc.

The various streets were assigned different state names on the basis of their location and geo-graphics. For example, the hilly area was named Kashmir Park, while the green area was titled, Haryana Park. Similarly, the area with the milk co-operative was named Maharashtra park.

The constitutional importance of the Capital of India, Delhi is represented by an area named ‘Delhi Park’, where the Village Panchayat and the villagers meet to discuss and resolve their issues.

Besides being rich in diversity, Virpur is also rich on basic amenities like water, electricity, toilets, underground drainage, roads and CCTVs. The streets in the village are unfalteringly clean, as they are cleaned on a daily basis and the water for the same is collected from every household. The Village showcases its exemplary management, which has earned it prizes worth Rs 29 lakhs till now. The village Sarpanch, Faruk Khanusia is widely appreciated for his management skills and was even invited to IIT-Delhi to give a lecture on rural development.

Virpur presents itself as an exemplar of social harmony. Navin Chauhan, the man who painted the walls of the village, says that the villagers never had to take their concerns to the police, in fact they meet, discuss and resolve issues amongst themselves. Even during the Gujarat riots in 2002, this village stood by its principle of unity and set an example of secularity and social harmony. 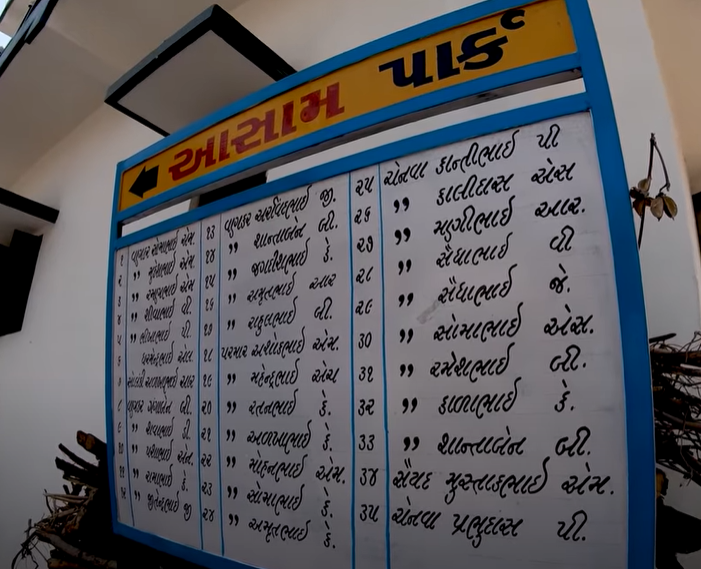 The village demonstrates diversity among its population and the lifestyle of the villager’s echoes with the essence of Indian Culture. The colorful signboards and well-decorated walls of the village represent the spirit of the whole of India in just one place.

People from almost all castes and religions coexist peacefully and take part in each other’s happiness and sorrows. Festivals are celebrated together and issues are resolved by sitting together and communicating.

While the whole country was under strict lockdown, Virpur found its own unique way to contain the Coronavirus inside the village. Just like the borders of all the states of India were sealed during the lockdown, the different areas named after various states were also sealed inside the village. Any person in the village, is not allowed to move from one area to another, for example, say a resident of Kashmir Park was not allowed in Haryana Park and vice versa.

Barriers were placed outside every street and locality with a signboard saying that this area is sealed until the lockdown, so please communicate via phones.

Just like people are not travelling from one place to another in order to avoid getting infected with Coronavirus, the villagers are also avoiding from visiting different localities. Thanks to this approach, while India has almost 3.5 lakhs active cases of Coronavirus, Virpur has not even reported a single case of the infection.