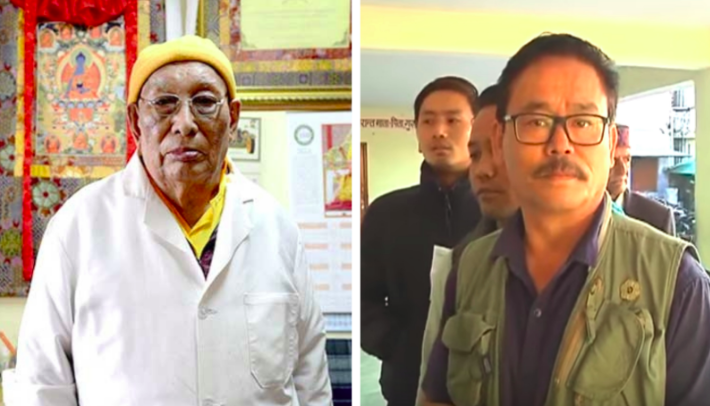 As per studies, more than 1.5 million new cancer cases are registered in India each year. The survival rate is weak, and cases are diagnosed late due to lack of awareness. Plus, treatment costs are sky-high. Case studies suggest Indian women suffer mostly from cervical, ovarian, breast, and uterine cancer. Most of the cases involving men are those of oral or lung cancer.

Besides western medicines, people are getting attracted towards Tibetan treatment for cancer these days. It includes using herbal pills and balancing the body with diet and lifestyle changes. The patient can simultaneously carry on both traditional allopathic and Tibetan herbal treatment.

Tibetan medication system is one of the oldest forms of traditional medicines from around the world. It is considered to be an integral part of the Tibetan culture and has evolved during several years of research. The origins of the Tibetan medical systems are as old as human civilization.

Tibetan medicine happens to be the most clinically oriented medicine system. It integrates the finest therapeutic techniques from Chinese and Indian medical systems.

When it comes to Tibetan medication based herbal cancer treatment in India, Dr. Yeshi Dhonden and Dr. Choephel Kalsang’s Dharamshala based cancer clinic often make it in the headlines. They are two of the world’s most renowned practitioners.

About Dr. Yeshi Dhonden and his clinic 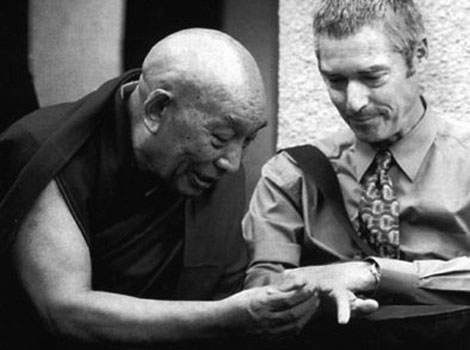 Located around seven kilometers away from Dharamshala, Dr. Yeshi Dhonden’s Tibetan herbal treatment clinic attracted a lot of patients from India and around the world. The cancer treatment did not involve the use of chemotherapy and radiation.

Born in central Tibet’s Namro village on May 15, 1927, Dr. Yeshi Dhonden started his monastic life from the age of six. He began studying medicine from the age of eleven, at the Chagpori Tibetan Medical Institute (Lhasa). Dhonden was trained by physician Khenrab Norbu and completed his education with distinction when he was just 20 years of age. He made it in the limelight when he was appointed as the Honorable Doctor for Dalai Lama (14th). Dr. Yeshi Dhonden left Tibet with Dalai Lama along with refugees and came to India in 1959. 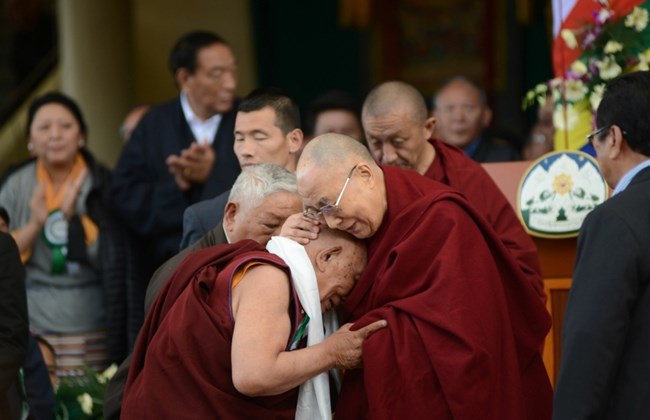 After coming to India, he played a crucial role in establishing the ‘Institute of Tibetan Medicine and Astronomy’ (Men-Tsee-Khang) in Dharamshala during 1961 and was also the director there till 1979. In 1969, he started his private clinic, referred to as Dr. Yeshi Dhonden Cancer Clinic (Tibetan Herbal Clinic). 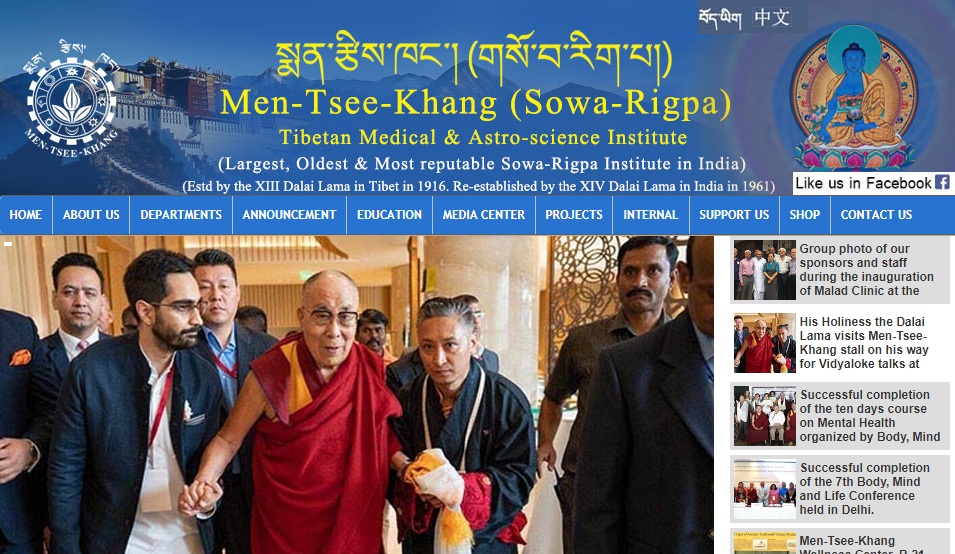 The Indian Government honored Dr. Yeshi Dhonden with Padmashri award in January 2018. The President of India, Ramnath Kovind, appreciated the physician’s work and presented the award as a recognization for his immense contribution in the field of medicine. 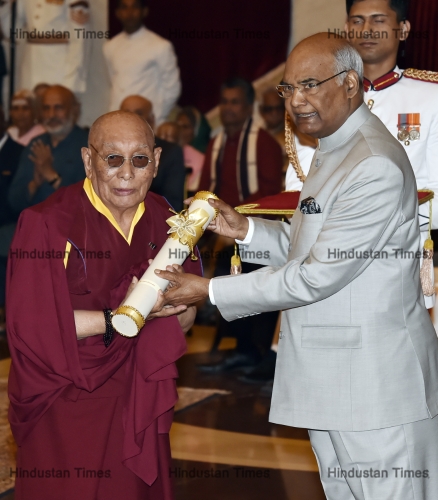 Health tourism has immensely contributed to Himachal Pradesh’s economy. Not just McLeod Ganj suburb, but the entire Dharamshala region attracted visitors from around the world due to the clinic. Patients from various countries use to visit Dr. Dhonden’s clinic for cancer treatment. Dr. Yeshi Dhonden cancer treatment reviews are mostly positive.

People did not hesitate to even wait for hours in the token queue at night during cold winters. The next step was to get a pass according to the token number and visit the clinic on the allotted date for meeting the renowned physician. The waiting period was often between three to four days. The clinic remained closed on Saturday. The physician often attended 45 patients every day from the long waiting list.

To check the effect of cancer cells on the patient’s body, Dhonden relied on the person’s pulse and urine sample tests. Patients were advised to avoid consuming coffee, black tea, alcoholic drinks, and spicy food at least a day before the tests. The patient or their relatives were required to carry the patient’s early morning urine samples during the visit.

The most surprising aspect was the fact that the physician was often able to diagnose the patient based on urine analysis and pulse. His patients rarely needed to share details about their medical condition.

After completing the diagnosis procedure, he prescribed affordable medicines that the patients were advised to consume for two to three months. The clinic also offered the facility to courier additional medication if and when required.

Patients suggest, his medicines included pellets made from herbs that help in slowing down the growth of cancer cells in the body.

Dr. Choephel Kalsang is said to be Dhonden’s relative and has worked as an assistant for him during the last few years. He decided to start his clinic (Sorig Tibetan Herbal Clinic) considering Dhonden’s old health and the increasing number of patients opting for the treatment. 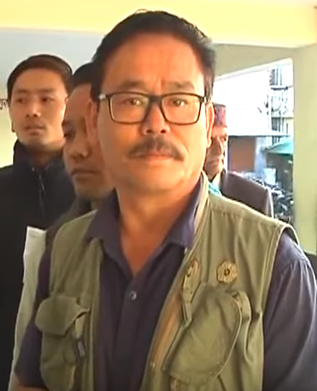 Sorig Tibetan Herbal Clinic is just six kilometers away from Dharamshala, on Khanyara road, near Shivnagar village. The procedures followed here are almost similar; morning urine analysis and pulse count are used for determining the disease and its level. Medication is offered based on the same study. 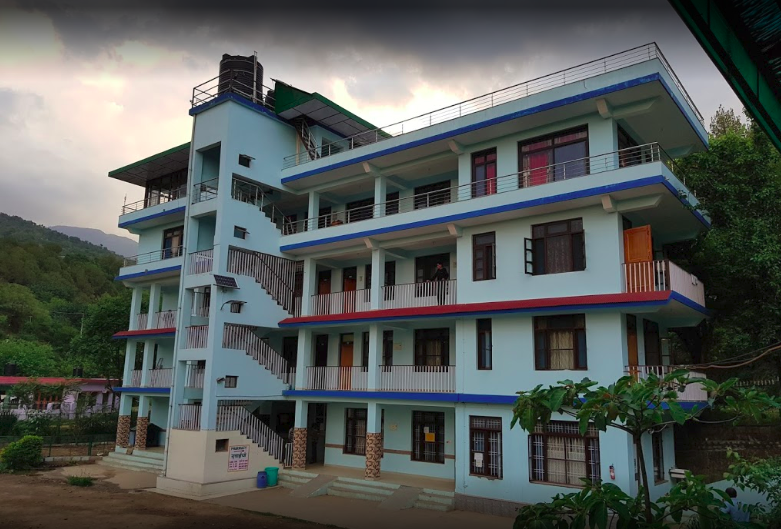 “Urine is considered as a clear mirror for the person’s health. The Urine Analysis in Tibetan Medicine helps the physician in reaching an accurate diagnosis. It helps in understanding the nature of the illness that the patient suffers.”

Dr. Choephel Kalsang manages to offer treatment to as many as 90 patients daily. If the patient cannot manage to visit the clinic, their relatives can collect the urine sample, place it in cold storage, and bring the same at the center. Several individuals can be seen doing the same.

First, patients are advised to share reports and details about their on-going medications with Dr. Kalsang. The token distribution for appointment starts early morning, and people can be seen waiting in queue since 5 AM here as well. Then, passes are distributed as per these numbers. The patient is allowed to meet the physician on the allotted date and time. The waiting period can be four to five days at times. The clinic remains closed on Saturdays. 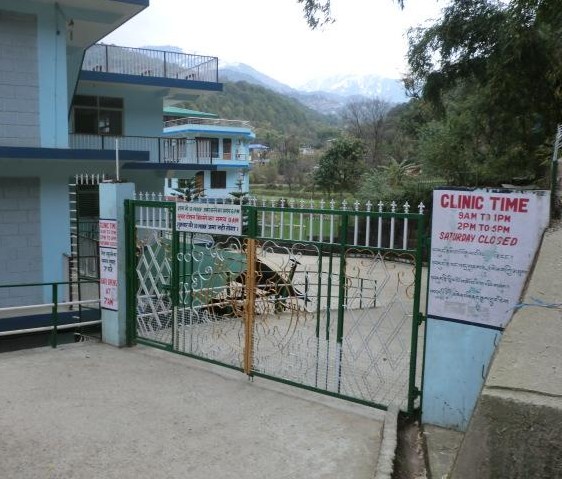 Medication is offered at affordable prices as per the diagnosis. The patient can re-order the medicines via courier at a later stage.

There is no way to BUY a token or skip the queue, and it needs to be registered on the concerned patient’s name to avoid further issues. The doctor does not meet individuals who have problems in presenting a valid token. 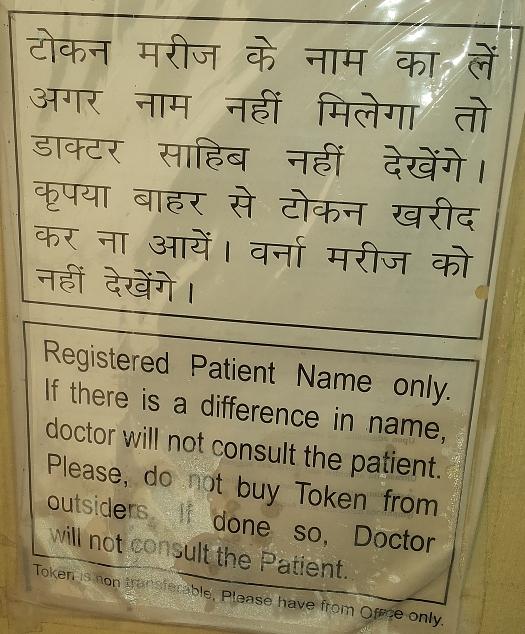 Effective and affordable treatment options offered by the clinic attract not just Indians, but patients from multiple foreign nations as well. Dr. Choephel Kalsang reviews suggest he has treated individuals with several kinds of sicknesses. 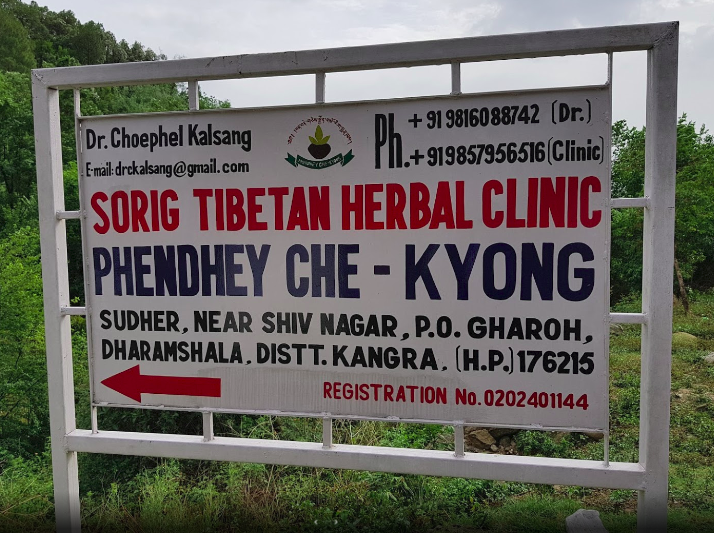 Clinic’s timing is 9 AM to 1 PM, and from 2 PM to 5 PM. There’s a car parking and veg-food canteen facility as well. Prescribed medicines can be purchased at the clinic’s pharmacy.

If you plan to travel by rail, the nearest major railway station is Pathankot Railway station (PTK). You can easily find a bus from the concerned railway station to reach Shivnagar village. The time required for this journey is around three hours.

Another bus route option is Pathankot to Chambi. The journey takes around four hours, plus, you would have to take another bus or cab to reach Shivnagar from Chambi.

If you wish to travel by flight, the nearest major airport is Dharamshala (Kangra, DHM) Airport. You can avail a cab from Dharamshala and reach Shivnagar in 15 to 20 minutes.

There’s a daily direct flight from Delhi to Dharamshala. If there’s no flight from your city to Dharamshala, you can consider opting for the flights to Amritsar’s Sri Guru Ram Das International Airport. Amritsar is around three hours away from Pathankot.

The clinic has its accommodation facility for patients. But, most of the rooms remain occupied due to the constant flow of patients.

Fortunately, there are several guest houses nearby the clinic. The rent for one room is between Rs. 300 to Rs. 800 rent per day. There are multiple hotel options. The rent charged by most of them is between Rs. 1000 and Rs. 5000.

There are dhabas, restaurants in the nearby areas that serve pure-veg Thali for Rs. 50 to Rs. 100 per person. They serve other dishes as per orders. Restaurants nearby the village also serve non-veg food items.

Mostly positive reviews for both clinics

Both Indian and foreign nationals who have received treatment at the concerned clinic have shared positive reviews. Even patients who opted for Tibetan medicine during the last stage of cancer have survived.

Ahmedabad-based Shubham Tiwari interacted with JantaManch’s correspondent and shared his experience. The young man approached every renowned cancer specialist in Ahmedabad when test results indicated his mother was suffering from Lymphoma cancer. As she was in the last stage, all the specialists suggested there was no hope left. A friend recommended him to plan and visit Dr. Yeshi Dhonden’s clinic. During his appointment with the physician in 2016, what amazed Tiwari was the fact that urine analysis was enough for Dr. Dhonden to detect Lymphoma cancer. Almost three years have passed, and Subham’s mother has recovered considerably.

Jasbir Singh Dhillon‘s father was diagnosed with pancreatic cancer. He was being treated at one of the top-rated hospitals in Delhi. However, doctors believed his father wouldn’t live for more than three to four months. His family decided to visit Dharamshala and try their luck with Dr. Dhonden’s Tibetan Medicine. His father not only managed to survive but recovered entirely after 3.5 years of treatment under Dr. Dhonden. Another patient, Prateek Jain, shared a similar tale about his uncle whose life was saved due to Tibetan Medicine.

However, all the online reviews do not seem to be in entirely in favor of the clinic. Kolkata based Arti Bahudari’s mother was diagnosed with lung cancer in May 2018. She said, her mother’s health and diet did show a lot of improvement, and even gained weight after starting Dr. Dhonden’s medication. But, it did not offer any pain relief. The senior physician was kind enough to call the mother-daughter duo at his Dharamshala clinic and provide a tweaked diet plan. Unfortunately, her condition kept on worsening, and she passed away in October 2018. Arti believes it is challenging for the patient to maintain positive morale during chemotherapy. In such a situation, patients can consider opting for Dhonden’s medicine along with the allopathic ones for best results.

Dr. Choephel Kalsang cancer treatment has proved to be a ray of hope for several patients looking for cancer last stage treatment in India. For best results, it is advisable to at least visit the clinic once with the patient. The overall atmosphere in Dharamshala (Himachal Pradesh) is nothing less than ‘heavenly.’ The patient would surely appreciate the stay and feel relieved from stress in Mother Nature’s pure, pollution-free environment.

Views in this article have been expressed on the basis of public information. JantaManch does not confirm the facts expressed here. For any claims or objections related to the article, you may contact JanataManch.