“By blood, I am Albanian. By citizenship, an Indian. By faith, I am a Catholic nun. As to my calling, I belong to the world. As to my heart, I belong entirely to the Heart of Jesus” said Mother Teresa summing up her life. Mother Teresa was a nun and missionary who dedicated her whole life in taking care of the poor and needy. She stands out as one of the greatest humanitarians of the 20th century. Apart from having profound empathy for people, she had incredible managerial skills that allowed her to develop a vast and effective international organization of missionaries to help pauperized humans all across the globe. She was one of the most down to earth and humble people of all times, despite the enormous scale of her charitable activities, to her dying day, she held only the most humble conception of her own achievements. 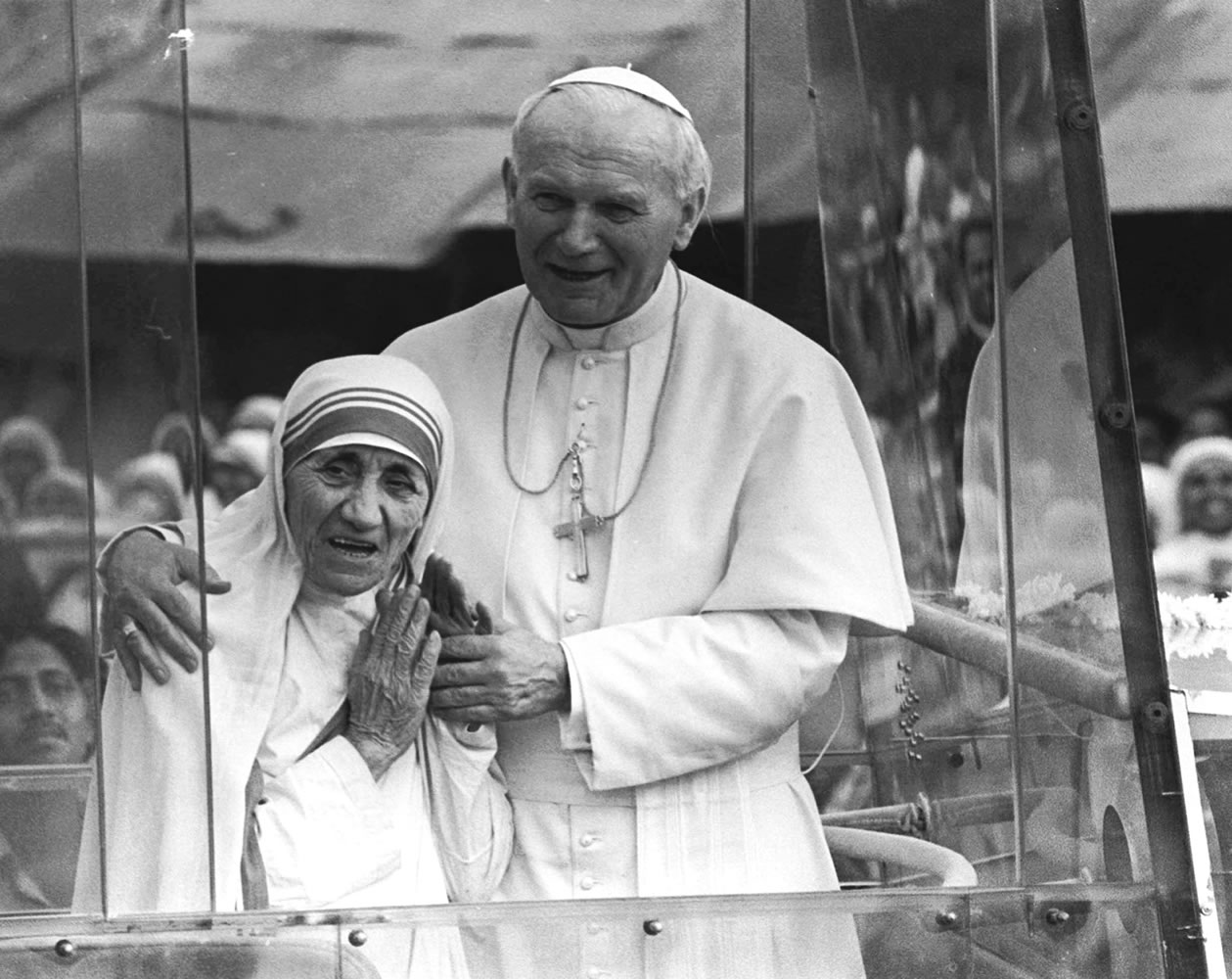 Pope Francis describes Mother Teresa’s work by saying that “Mercy was the salt which gave flavor to her work, it was the light which shone in the darkness of the many who no longer had tears to shed for their poverty and suffering”. 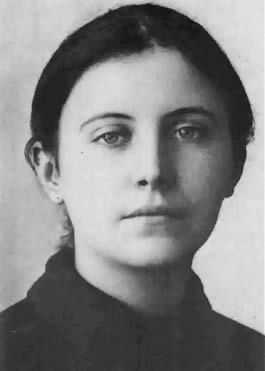 Born on August 26, 1910, in Skopje, the current capital of the Republic of Macedonia, Mother Teresa was baptized as Agnes Gonxha Bojaxhiu on the very next day of her birth. She was born into a catholic family of Albanian descent to her father, Nikola, and mother, Dranafile Bojaxhiu. Mother Teresa’s (then Agnes) father was an entrepreneur who worked as a construction contractor and a trader of medicines and other goods, he was also deeply involved in the local church as well as in city politics as a vocal proponent of Albanian independence. Nikola died in 1919 when Agnes was just eight years old. While the cause of his death remains unknown, he was allegedly poisoned by his political enemies.

After her father’s death, Mother Teresa grew very close to her mother, Drana, who was a very pious and compassionate woman. It was she who influenced Agnes’s life and instilled in her a deep commitment to charity. Although they were not wealthy but Drana would always extend and open invitation to the city’s poor and deprived to eat with her family. She used to teach Agnes (Mother Teresa) that one should never eat a single mouthful without sharing it with others. When Agnes questioned her mother about who the people eating with them were, she would tell her that “Some of them are our relations, but all of them are our people”.

During a pilgrimage to the Church of the Black Madonna in Letnice, while attending a state-run secondary school, Mother Teresa first felt her calling towards religious life when she was only 12 years old. Six years later in 1928, when she was 18 years old, she decided to become a nun and set off for Ireland to join the Sisters of Loreto in Dublin. She then adopted the name Sister Mary Teresa after the Saint Therese of Lisieux.

After a year of joining the Sisters of Loreto in Dublin, Sister Mary Teresa travelled to Darjeeling, India for the novitiate period. She took her First Profession of Vows in May 1931 in Darjeeling itself. Later on, she was sent to Calcutta, West Bengal where she started teaching at Saint Mary’s High School for Girls. The School was run by the Loreto sisters and was dedicated to teaching girls from the city’s poorest Bengali families. While teaching geography and history in Calcutta, Sister Teresa learned to speak both Bengali and Hindi fluently. She dedicated herself completely to alleviate the girls’ poverty through education. 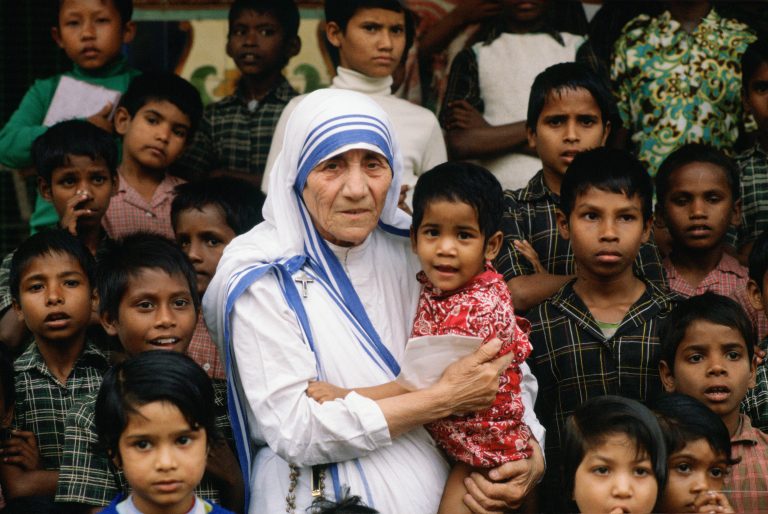 Mother Teresa accompanied by children at her mission in Calcutta | Image Credit: theprint.in

Following the custom of Loreto nuns, Sister Teresa assumed the title of “Mother” upon making her Final Profession Vows to a life of poverty, chastity, and obedience on May 24, 1937. Mother Teresa continued to teach at the Saint Mary’s High School for Girls and became the school’s principal in 1944. Through her dedication, generosity, and unfailing commitment to her students’ education, she aspired to lead them to a life of devotion to Christ.

She also worked in Calcutta’s slums after experiencing her second call. She established homes for the homeless, a leper colony, an orphanage, a nursing home, and many other charitable health clinics in Calcutta.

On September 10, 1946, Mother Teresa was travelling from Calcutta to Himalayan foothills for a retreat in a train, as she describes, Christ spoke to her and told her to leave teaching and work in the slums of Calcutta aiding the city’s poorest and sickest people. This was her second call, the “Call within a Call” that completely transformed her life. However, she could not abandon teaching all at once as she had taken a vow of obedience, so she had to take the official permission of her convent. In January 1948, after almost a year and a half of persuasion, she finally received permission to pursue her new calling. In August 1948, putting on the blue and white sari that she would wear in public for the rest of her life, she left the Loreto Convent to wander out into Calcutta. After six months of basic medical training, she entered the Calcutta’s slums for the first time. Her only goal while entering the slum was to aid the unwanted, unloved, and uncared for.

Mother Teresa translated her calling into actions by helping Calcutta’s poor and needy people, residing in slum areas. She started an open-air school and convinced the city government to donate a dilapidated building to her cause, which she converted into a home for the poor and homeless. On October 7, 1950, Mother Teresa founded a new Roman Catholic congregation, Missionaries of Charity, along with 11 other members. Most of the members included former teachers or pupils from St. Mary’s School. The congregation was dedicated to serve the hungry, the naked, the homeless, the crippled, the blind, the lepers, and all those people who felt unwanted, unloved throughout society, people that have become a burden to the society and are shunned by everyone. The members of missionary had to stick to the vows of chastity, poverty, obedience, and a fourth vow to give wholehearted free service to the poorest of the poor.

As the congregation gained popularity donations poured in from across India and the globe, this helped in expanding the scope of Mother Teresa’s charitable activities. Over the course of the next 20 years, the 1950s & 1960s, Mother Teresa established a string of mobile health clinics, a family clinic, a leper colony, an orphanage, and a nursing home.

By the time of Mother Teresa’s death in 1997, the Missionaries of Charity’s members increased to more than 4,000, in addition to thousands more lay volunteers, with 610 foundations in 123 countries around the world.

In 1971, she went to United States of America to establish her first America-based house of charity in New York City. After that, in the summer of 1982, she secretly went to Beirut, Lebanon, crossing between Christian East Beirut and Muslim West Beirut to aid children of both faiths. Mother Teresa returned to New York in 1985, where she founded the Gift of Love, which was a home to care for those infected with HIV/AIDS. She also spoke at the 40th Anniversary of the United Nations General Assembly.

Mother Teresa received several honors for her commitment towards charity. She was titled the ‘Jewel of India’, which is the highest honor bestowed on Indian Civilians. In February 1965, Pope Paul VI bestowed the Decree of Praise upon the Missionaries of Charity. Mother Teresa also received the Soviet Union’s Gold Medal of the Soviet Peace Committee.

On October 17, 1979, Mother Teresa was awarded the Nobel Peace Prize for her work to ease the struggle of poverty and distress in the world. However, she refused to accept the Nobel honor banquet and requested the 1,92,000 USD prize money to be used to help the poor in India. 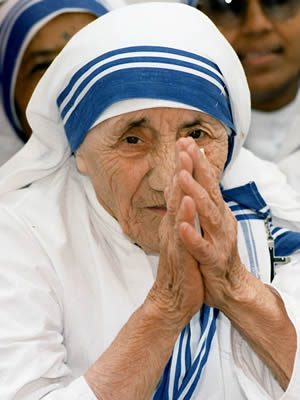 Considered one of the greatest humanitarians of the 20th century, she was beatified in October 2003, and canonized by Pope Francis as “Saint Teresa of Calcutta” in September 2016.

Mother Teresa was criticized for her vocal endorsements of some of the Catholic Church’s controversial doctrines. She openly showed her disagreement to the use of contraceptives and abortion. She even included the topic in her 1979 Nobel Lecture saying, “I feel the greatest destroyer of peace today is abortion.”

Mother Teresa advocated a “No” vote in the Irish referendum to end the country’s constitutional ban on divorce and remarriage in 1995. One of the most alarming criticisms of her life can be found in Christopher Hitchens’ book “The Missionary Position: Mother Teresa in Theory and Practice” in which he claims that Mother Teresa glorified poverty. for her own ends, in order to preserve the institutions and beliefs that sustained widespread poverty.

In 2003, the publication of Mother Teresa’s private correspondence caused a wholesale re-evaluation of her life by revealing the crisis of faith she suffered for the last 50 years of her life. In a letter to a confidant, she mentioned that she cannot find faith deep inside her, instead, there is nothing but emptiness and darkness. She says that the unknown pain of not having faith has crowded in her heart and made her suffer in agony.

While these revelations came as a shock considering her public image, they also made her more relatable as a human figure, to all those who experience doubt in their beliefs.

Mother Teresa died at the age of 87, after several years of deteriorating health, including heart, lung, and kidney problems. She was buried in the Mother House of the Missionaries of Charity in Kolkata.

Mother Teresa was beatified as the “Blessed Teresa of Calcutta” on October 19, 2003, by Pope John Paul II, after the Vatican recognized a miracle involving an Indian woman named Monica Besra. Monica was suffering from an abdominal tumor when she was cured through Mother Teresa’s intercession on the one-year death anniversary in 1998.

Again, in December 2015, Pope Francis issued a decree canonizing Mother Teresa as a saint of the Roman Catholic Church. This was done after a second miracle attributed to Mother Teresa was recognized. According to a statement from the Missionaries of Charity’s Father, the miracle involved the healing of Marcilio Andrino, a Brazilian man diagnosed with viral brain infection, and lapsed into a coma. His spouse, family and friends prayed to Mother Teresa, following which when the man was brought to the operating room for emergency surgery, he woke up without pain and was cured of his symptoms.

A day before the 19th death anniversary of Mother Teresa, she was canonized as a saint on September 4, 2016. The canonization mass was led by Pope Francis held in the St. Peter’s Square Vatican City. Millions of Catholics and pilgrims from around the world, attended the canonization ceremony to honor the woman who was called “the Saint of the gutters” during her lifetime owing to her charitable work with the poor.

Addressing the ceremony Pope Francis said that “After due deliberation and frequent prayer for divine assistance, and having sought the counsel of many of our brother bishops, we declare and define Blessed Teresa of Calcutta to be a saint, and we enroll her among the saints, decreeing that she is to be venerated as such by the whole church.” He further praised Mother Teresa’s Life of service by saying that she made herself available for everyone through her welcome and defense of human life, she bowed down before those who were spent and left to die on the side of the road, seeing in them their God-given dignity.

Although she died 20 years ago, Mother Teresa is still an omnipresent role model for do-gooders, religious or secular, across the globe. She made her voice heard before the powers of this world so that they might recognize their guilt for the crime of poverty they created.