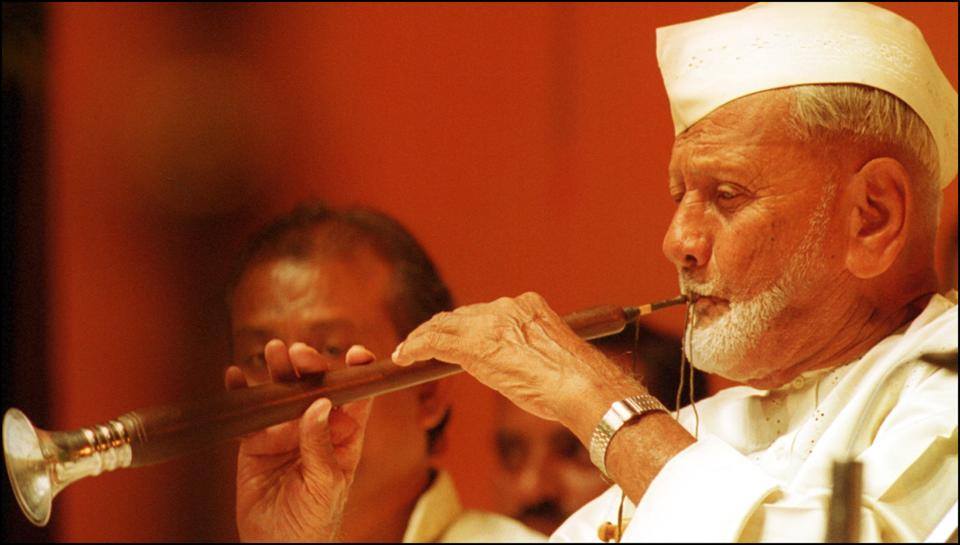 “Even if the world ends, the music will still survive. Music has no caste” said Ustad Bismillah Khan. Addressed as the Shehnai Maestro, he was one of the finest classical musicians India has ever produced. When Khan Sahab started playing Shehnai in a gathering, there was no one who won’t bow down before his perfect tunes. He was a man with simple taste and great knowledge. Khan Sahab’s musical aura was not limited to India only, he traveled the world playing in different events throughout the world including at the Cannes Art Festival, Osaka Trade Fair, and World Exposition in Montreal. Having played Shehnai for more than eight decades, he received several national and international acclaim for his performances. With being such a huge legend, he was also a very humble and down to earth person, so much so that anyone who met him remembered him for life.

Born on March 21, 1916, in a family of musicians in Dumraon, Bihar, Ustad Bismillah was inspired by music from a very young age. He was named Qamruddin by birth, which was similar to his elder brother’s name Shamsuddin. His father, Pigambar Bakhsh, used to play shehnai in Dumraon’s king Keshav Prasad Singh’s Court. Bismillah started attending musical concerts at a very young age. When he came to Varanasi, along with his father, to his maternal uncle Alibaksh Vilayati, he started to learn Shehnai from him at the age of 6. Alibaksh used to play shehnai at Kashi’s Baba Vishwanath temple which later became Bismillah’s ritual. 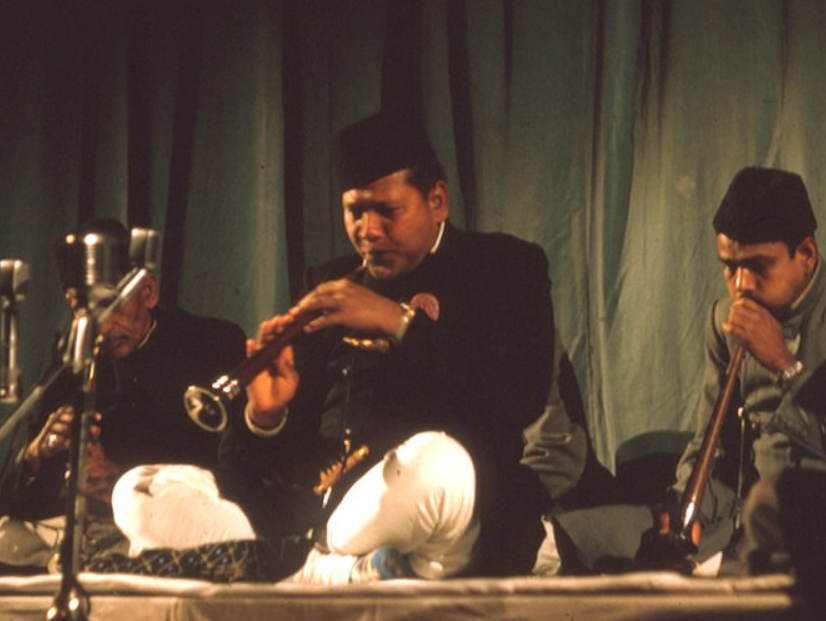 Bismillah never differentiated between religions, his music was quintessential to the ‘Ganga Jamuna Tehzeeb’. As Bismillah recalls in one of his interview with Ndtv, once while he was playing his instrument sitting outside the Vishwanath Temple in Varanasi, an Iraqi Maulana commented saying that music is forbidden in Islam and it’s the devil’s work, to which Bismillah replied with reciting Allah in the Raag Bhairava. He laughs in the interview saying that the Maulana was speechless after listening to the music piece. He further defines music as the rhythm that we all hear, it is not specific to any religion as there is no difference between religions. He used to pray namaz five times a day and worship Saraswati in his music. At the very young age of 6, Bismillah had learned various ragas like Thumri, Chaitti, Kajri, and Swani. After the death of his uncle, Ustad Bismillah Khan played shehnai for several years at Baba Vishwanath temple. Later, he also studied Khayal music and achieved mastery in various ragas.

Ustad Bismillah Khan’s first public performance was in Allahabad where he played Shehnai in the Sangeet Parishad. Later he gained recognition while performing at the Indian Music Conference in Kolkata in 1937, he was appreciated across the country and he got the recognition from there. After that, he got the biggest break in 1938 to work in Akashvani, Lucknow, All India Radio. He received fame all over the world after performing at the Edinburgh Music Festival. He has performed in several national and international events.

As senior journalist Rehan Fazal says, Just after Independence in 1947, the then Prime Minister Jawahar Lal Nehru wanted Ustad Bismillah Khan to play Shehnai in the independence program while walking in front of the rally. Nehru asked his Joint Secretary Badruddin Tayabji to invite Khan Sahab to Delhi for the performance, he was then flown down to Delhi via a flight and was accommodated as Royal Guest in the Sujan Singh Park. Although Khan was very excited to play at the program but he told Nehru that he won’t be able to play Shehnai while walking. However, Nehru convinced him with his charm to walk in front of the rally while playing. It was a spectacular moment when Khan walked while playing the Shehnai and the whole country followed him. Again, On 26 January 1950, on the occasion of India’s first Republic Day, he also performed Raga Kaifi from the Red Fort. On the occasion of the 50th anniversary of Independence Day in 1997, Khan played shehnai at Red Fort for the last time. Even today, his music is played during Republic Day celebrations.

As Yatindra ki diary recapitulates, that Bismillah Khan was famous for his special Malkauns, whenever he went to Mumbai, he always received requests to play the same tune. There came a point where he got so fed up of playing the same thing over and over again that during a concert in Mumbai when he was asked to play the Malkauns, he told the audience that he cannot play the tune because he has pawned his instrument for Rs 2000 at a Banaras shop. Listening to this an old man came to him with an envelope, surprised Bismillah asked what it was, to which the gentleman replied that it was Rs 4000, he can use half the money to get his instrument back and half was his payment to play at the concert. This deeply disturbed him as Bismillah khan was a man of principles, he apologized to the audience for lying and returned half the money, after that he played Malkauns for the whole night mesmerizing everyone.

Bismillah khan also played Shehnai in a few Hindi films, one of which was “Gunj uthi Shehnai“. Later, he played shehnai for the song Karedaru Kelade, Kannada movie “Shadi Apanna“. He also played for one of the songs of the movie Swades by Ashutosh Gowariker.

Bismillah khan had a special place in his heart for Varanasi, he would sit outside the Vishwanath Temple and play his mesmerizing tunes for hours. He used to say that he has traveled a lot of places in India as well as abroad but never found peace as he experiences in Varanasi. When asked what was so special about the place he would smile and say that if Balaji was giving him everything in Varanasi then why go elsewhere. The simplicity and divinity of Varanasi could be seen in Khan Sahab’s lifestyle. He was a man who loved small things in life, with such success and stature he could have bought any vehicle he wanted but he loved traveling in cycle rickshaws, his favorite food was Dal Chawal and loved wearing a lungi.

Ustad Bismillah Khan was considered a legend, not only in India but across the globe. Once while giving Music lessons in Chicago, USA, the organizers of the show requested him to settle in the USA and they would create a Varanasi like environment for him, to which he smiled and said that the organizers can create a Varanasi for him in the USA but they cannot bring the holy Ganga river there.

Ustad Bismillah Khan received several national and international honors. He was a recipient of the Bharat Ratna (2001), Padma Bhushan (1968), Padma Vibhushan (1980) and the Padma Shri (1961). After M.S Subbalakshmi and Ravi Shankar, Ustad Bismillah Khan was the third classical musician to receive the highest civilian honor. 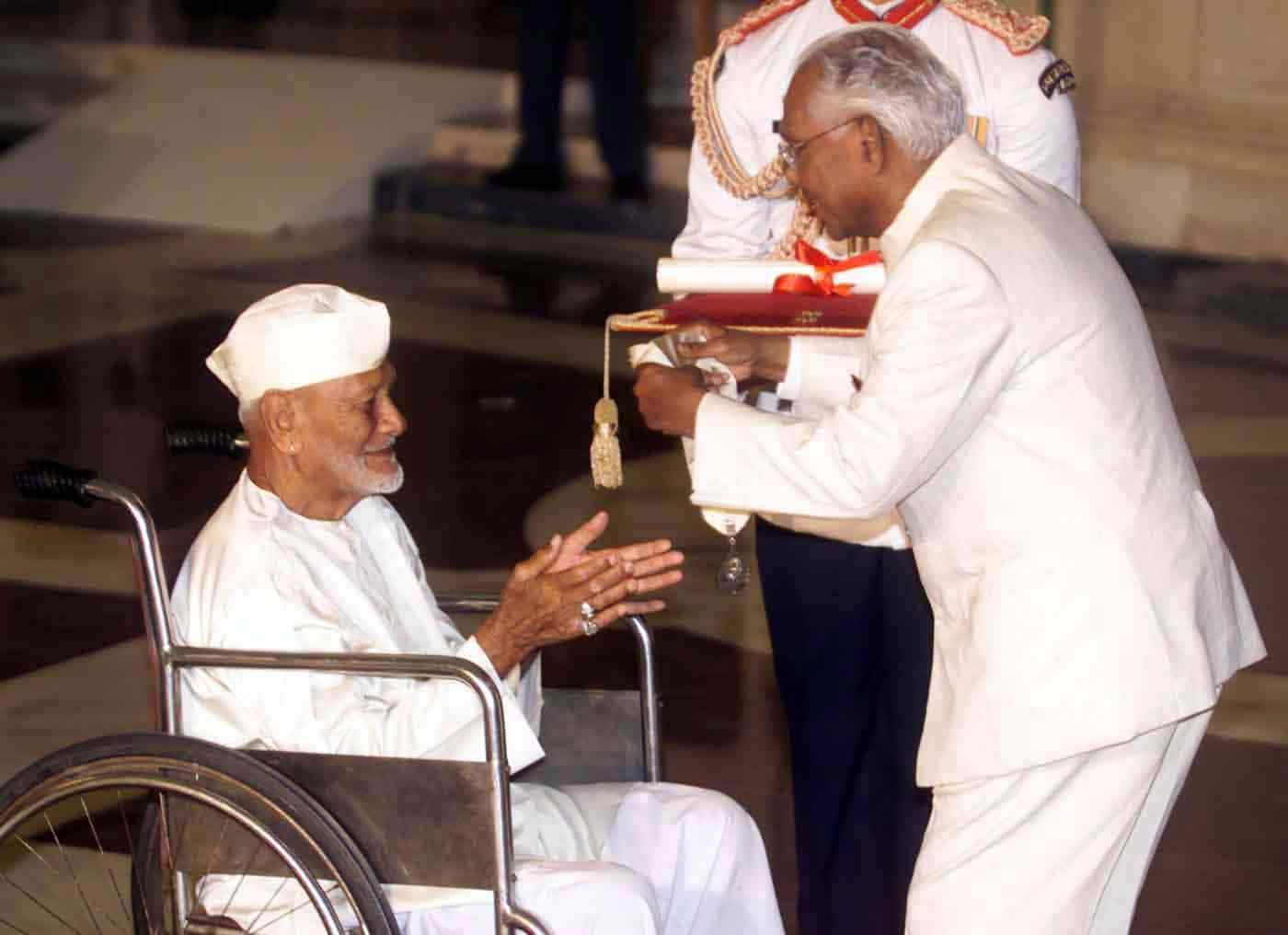 Remembering his Bharat Ratna Award he says that Lata Mangeshkar called to congratulate him before he even knew that he got the award. They both exchanged pleasantries as Lata also received Bharat Ratna in the same year.  Bismillah khan praises Lata Mangeshkar for her melodious tune. He said in an interview with Ndtv that he waited for Lata to lose her tone while performing but she never did. He was also a great fan of Begum Akhtar and her Ghazals.

Ustad Bismillah Khan got married to a cousin at the young age of 16. He had a big family including five sons and three daughters. He was blessed with many grandchildren along the way. Bismillah also adopted a daughter named Dr. Soma Ghosh who is a renowned shastriya sangeet exemplar.

Bismillah was very fond of his shehnai and lovingly referred to it as his “begum”. Although Bismillah khan never accepted any students, he taught shehnai to two of his sons

Ustad Bismillah Khan died on 21 August 2006 at the age of 90. The government declared a day of mourning on his death. He was buried along with his shehnai under a neem tree at Fatemaan burial ground in old Varanasi with a 21-gun salute from the Indian Army. 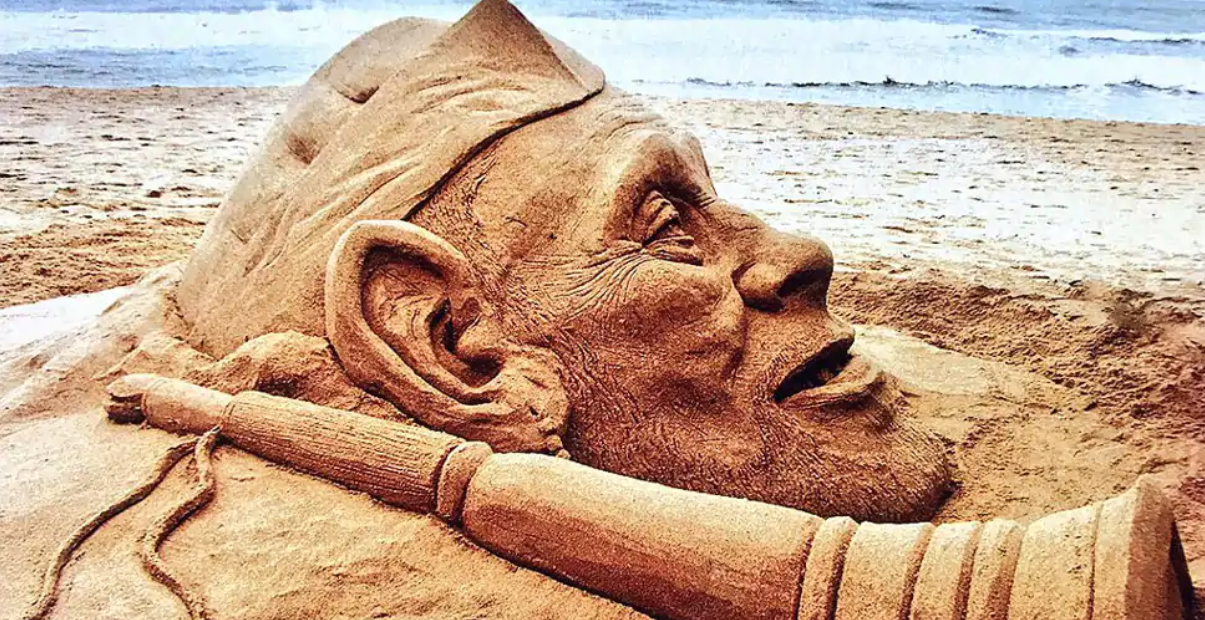 His last wish, to be able to perform at the India Gate as a tribute to the martyrs, remained unfulfilled after he suffered a fatal cardiac arrest.

The Sangeet Natak Akademi, New Delhi, introduced the Ustad Bismillah Khan Yuva Puraskar in 2007, in his honor, which is conferred to young artists in the field of music, theatre, and dance.

The Search engine giant Google, dedicated a doodle to Ustad Bismillah Khan to commemorate his 102nd Birth Anniversary on March 21, 2018.

Sadness that engulfed his legacy after his death

After Ustad Bismillah khan’s death, a couple of very sad and disturbing news came from his hometown. As per Zee News, Bismillah Khan’s 5 precious Shehnais were stolen from his house. The Varanasi police later revealed that they were stolen by his grandson. Only one wooden shehnai was recovered; the other four silver ones were already sold. 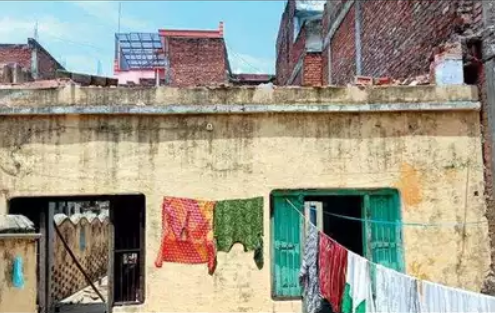 Later on, it was reported that after Bismillah khan’s death his ancestral home located in Varanasi is being pulled down to construct a multi-story building. The building in which the Shehnai maestro spent his whole life was in the name of his late son Mehtab. The house is constructed on 529 sq. feet and is in shags right now because of the carelessness of the family members. Following which the building was to be renovated but due to disputes between family members, it was finally handed over to a builder to construct a multi-story building in its place.

After hearing the news, the adopted daughter of Bismillah khan, Dr. Soma Ghosh informed the DM of Varanasi and made the construction to stop. By then, the room in which Bismillah Khan resided was already torn down. However, Soma has appealed to the government that the building should be renovated instead of being pulled down completely and should be declared as a heritage to honor Ustad Bismillah Khan. The government has stopped the construction work, for now, any further decisions are yet to be taken to preserve the legacy of one of the finest musicians of India.