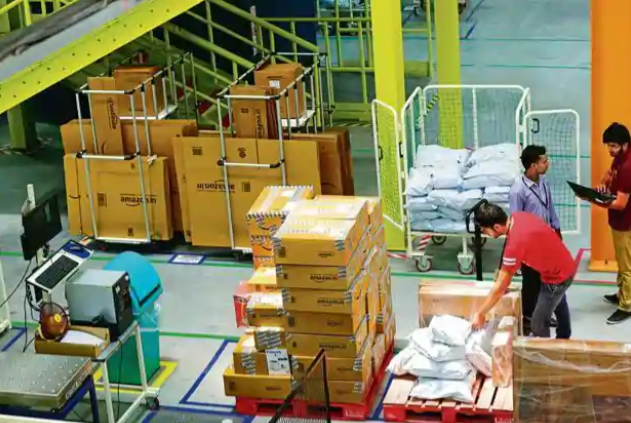 In February 2017, Food Minister, Ram Vilas Paswan introduced a new scheme, electronic Negotiable Warehousing Receipts (NWR). These receipts in electronic format would potentially replace the physical ones that were issued to farmers while storing their goods in the warehouse. It was a step towards doubling the income of the farmers as these could be exchanged with banks for credit or traded across the country through recognized commodity exchanges like National Commodity and Derivatives Exchange (NCDEX), National Multi Commodity Exchange (NMCE/ICEX), etc.

As per the Bhaskar Report, even after three years after the announcement of the scheme, out of 64,000 warehouses in the country only 1801 have been registered under Warehousing Development and Regulatory Authority (WRDA), which is the regulating body of negotiable warehouse receipts. According to the scheme, all the warehouses were supposed to register themselves with WDRA, on its new online portal, failing which they cannot issue NWR.

However, the cold response of various states has rendered this scheme useless to the farmers. Out of 1801 registered warehouses around 1267 are from Tamil Nadu (815) and Madhya Pradesh (315) alone. Any other state has hardly connected 100 warehouses to this scheme, including Uttar Pradesh which has registered only 45 storage facilities under WRDA.

P Srinivasa, chairman of WRDA, said that other states should also start issuing NWR by registering themselves with WRDA as soon as possible. However, some states like Gujrat, Uttar Pradesh, Haryana are showing interest in the scheme.

Around, 2.35 lakhs NWR have been issued till now, converting 17.3 lakhs ton of produce into De-Mat form.

What is Negotiable Warehouse Receipt (NWR)

Warehouse Receipts are receipts that farmers used to get after storing their goods in the storage facilities but in electronic form. They allow the transfer of ownership of the commodity stored in a warehouse without having to deliver the physical commodity and guarantee the quality of goods stored, avoiding any chances of pilfering.

The warehouses that want to issue NWR have to get themselves registered on WRDA’s online portal. This scheme was introduced in e-format in order to facilitate farmers to avail bank credit, or trade across the country without the fear of losing or misusing it. The e-receipts are issued in negotiable form making them eligible as collateral for loans, and for trading by converting them into De-mat form which can be traded on any recognized stock exchange like NSDEX, BSE, etc.

The receipts contain all the information of the stored goods and can be easily accessed by banks through the electronic database all over India, which would facilitate in easy and quick transfer of credit to the farmers. The farmers can store their goods in warehouses and can retain the product as long as they want without worrying about any fraud or quality degradation by middlemen or warehouses. This is a good way to help farmers, as they can hold their goods when they are not getting reasonable prices, instead of selling at any price and suffer loss.

As per Economic Times, Food Minister while announcing the scheme said that Digitalizing the entire process of registration, monitoring and surveillance as well as creation and management of negotiable receipts in e-format will benefit farmers and is major step towards doubling the farmers’ income by 2022.