Punjabi people are always known for their exciting lifestyle. Their food, their outfits, their songs are liked in other parts of the country too. Now the water tanks of Punjab have also been included in this list. 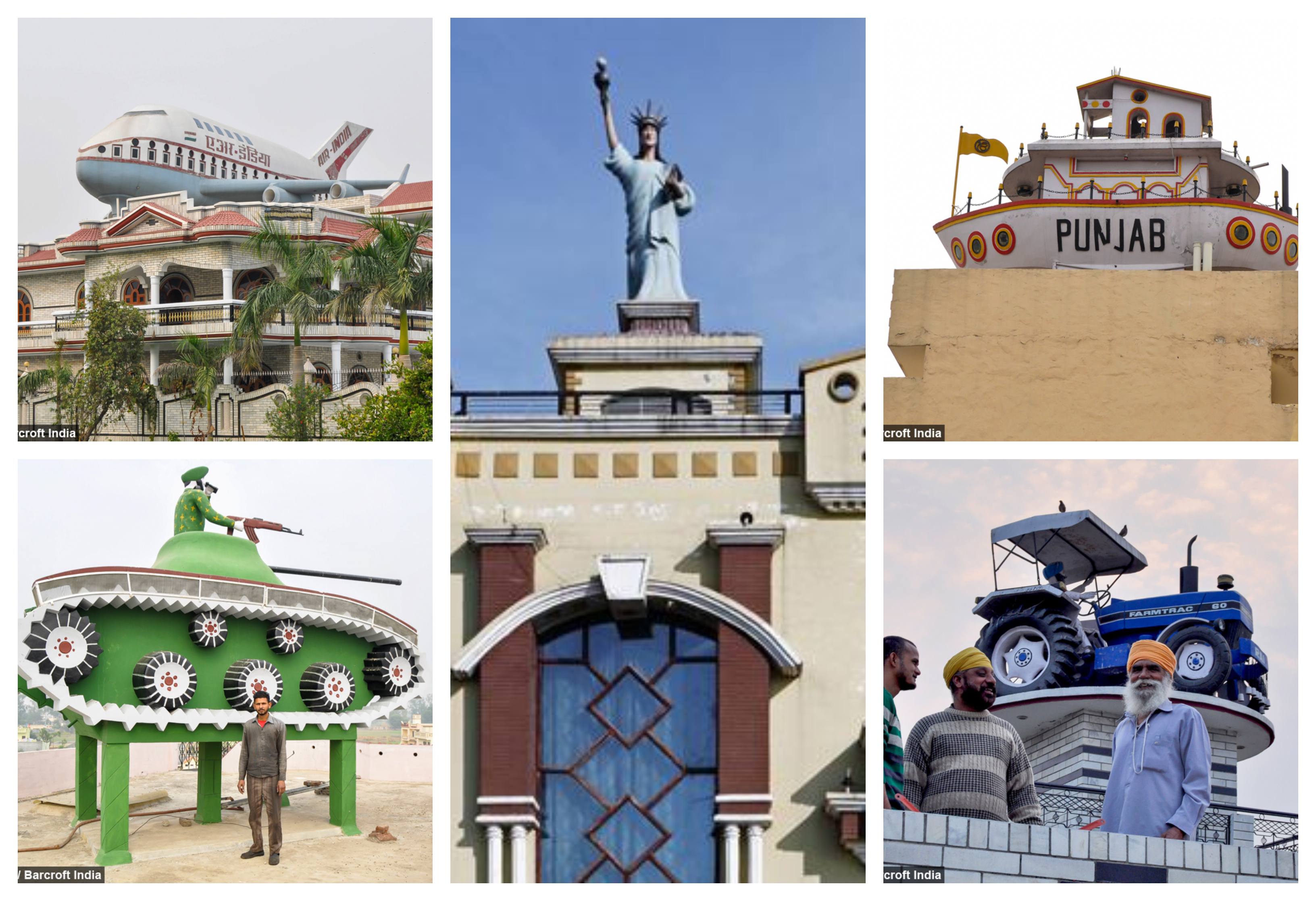 Believe me, when you are going through the cities of Punjab, especially Jalandhar, you will see vast sculptures of birds, planes, footballs, tanks, bullocks, tractors, pressure cookers, etc. on the rooftops of the houses there.

For some, it might be hilarious, but for those who have them, they have emotional values attached to these!

The vast, chiseled shapes, born out of one’s creativity, act as water storage bodies, serving the purpose of harvesting as well. While for others, these designer reservoirs act as a matter of prestige too.

There is an interesting or emotional cause associated with the formation of each water tank design. 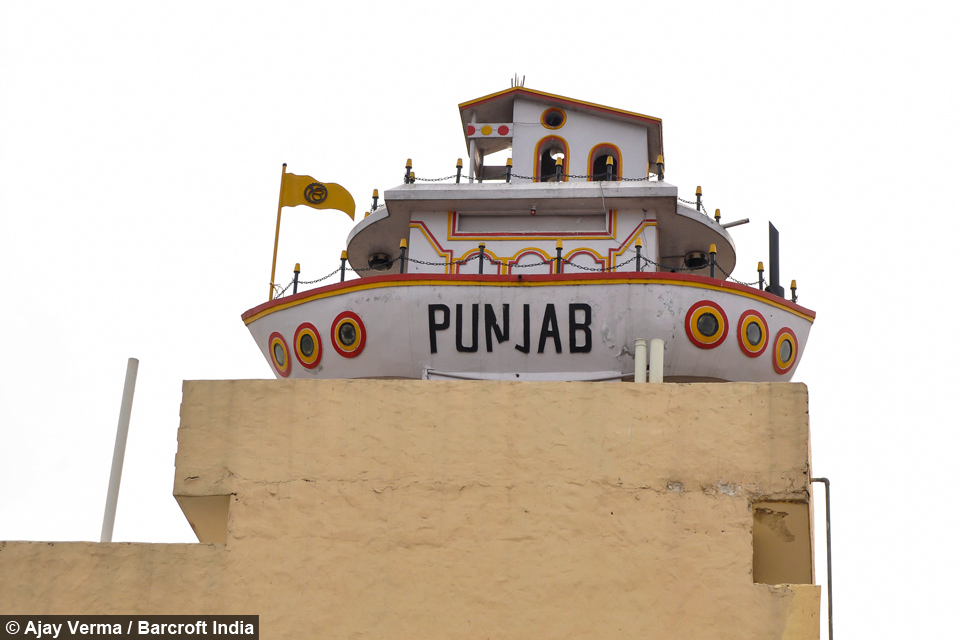 The owner of ‘Tanki Wali Kothi’ of the village Uppal, went to Hong Kong 70 years ago. To travel to Hong Kong, he had to travel by ship to the water. To tell their families about the first visit, he made a tank of water on the roof of their house.

In the village of Uppal Bhupa, airplane enthusiast Santokh Singh Uppal has used his water tank to pay tribute to his passion. As a young child working in the fields, he was thrilled at watching an aircraft passing over his head – but flying in one remained a distant dream at the time. Even when he moved to the United Kingdom in 1959 at the age of 17, he traveled by boat, not getting his first experience on a plane until his journey home a few years later. Now sat on the roof of his house is an enormous water tank fashioned to look like an Air India plane.

At village Kultham, district Nawansahar. The water tank design of ‘Statue of Liberty’ represents the aspiration to visit the US one day and compare his creation with the actual statue.

The water tank of the rose flower design on the roof of the house is a symbol of love. 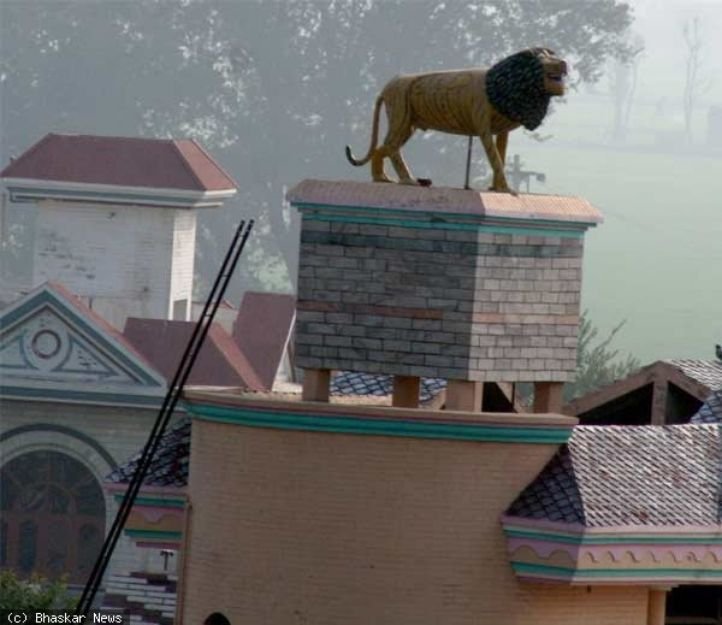 The lion water tank shows a sense of bravery. 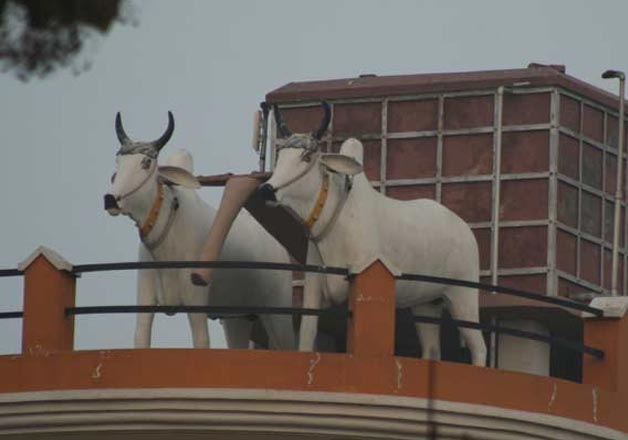 Perhaps the pair of bullocks would be a symbol of the fact that the people of this house are connected to agriculture. 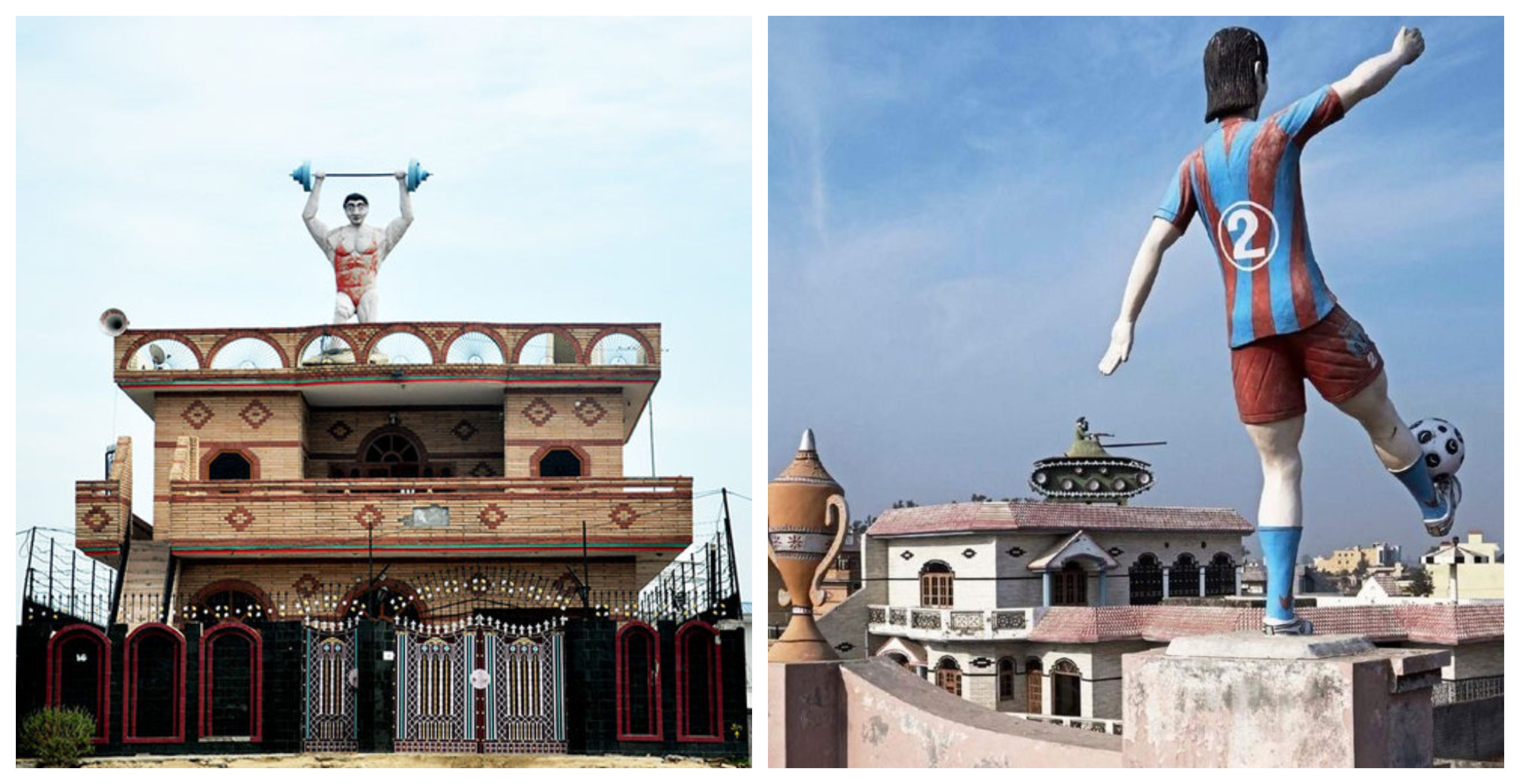 A similar message can be imposed on the footballer and wrestler’s water tank. 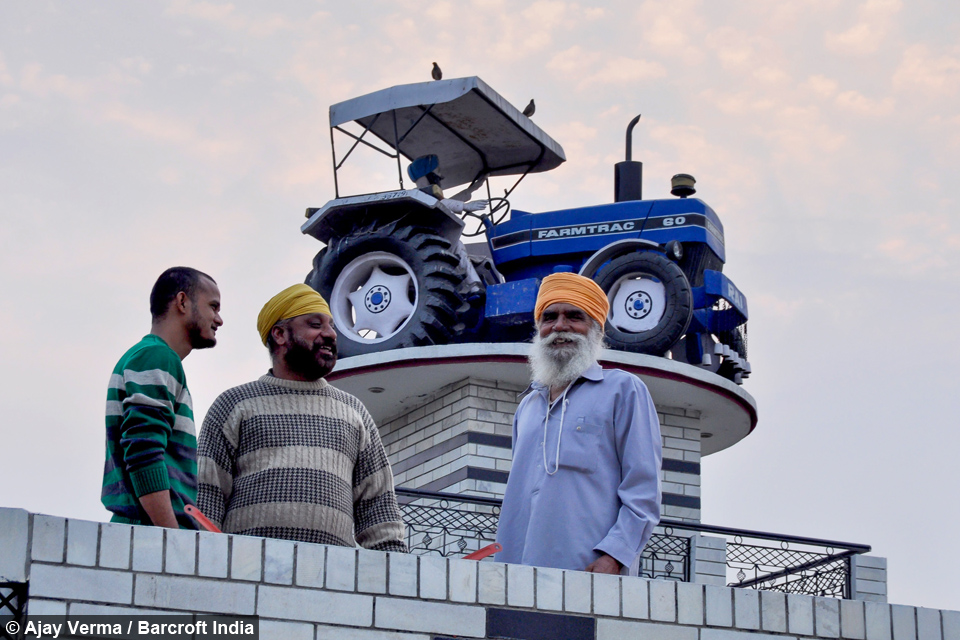 The tractor water tank will also have a message related to farming! 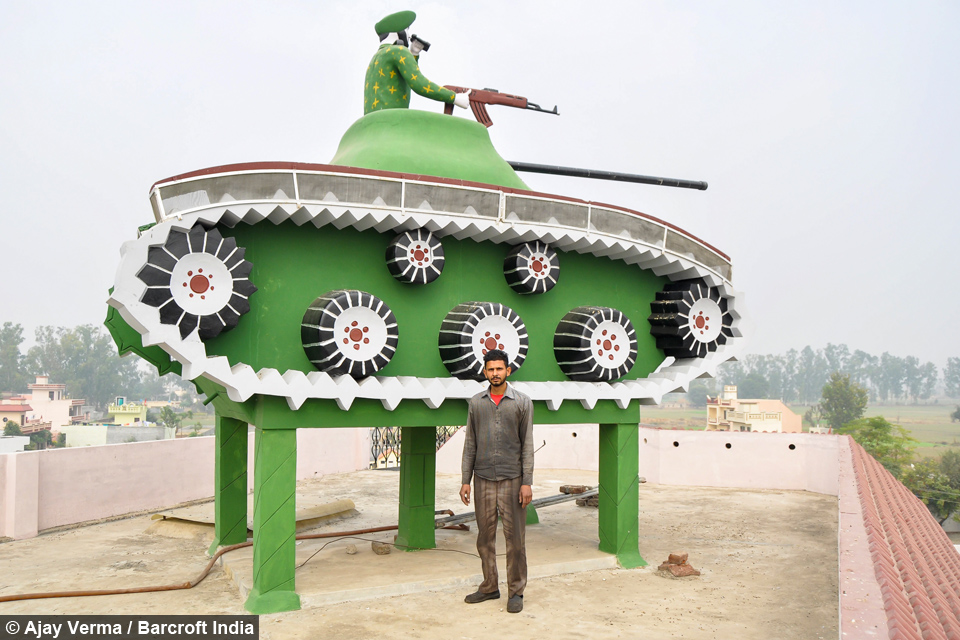 A military water tank is talking about the fact that someone in this house is in the army!

Now it is also essential to know that the artistry behind these impressive water tanks is Lubhaya Ji Kaul and his son Balwinder Kaul. 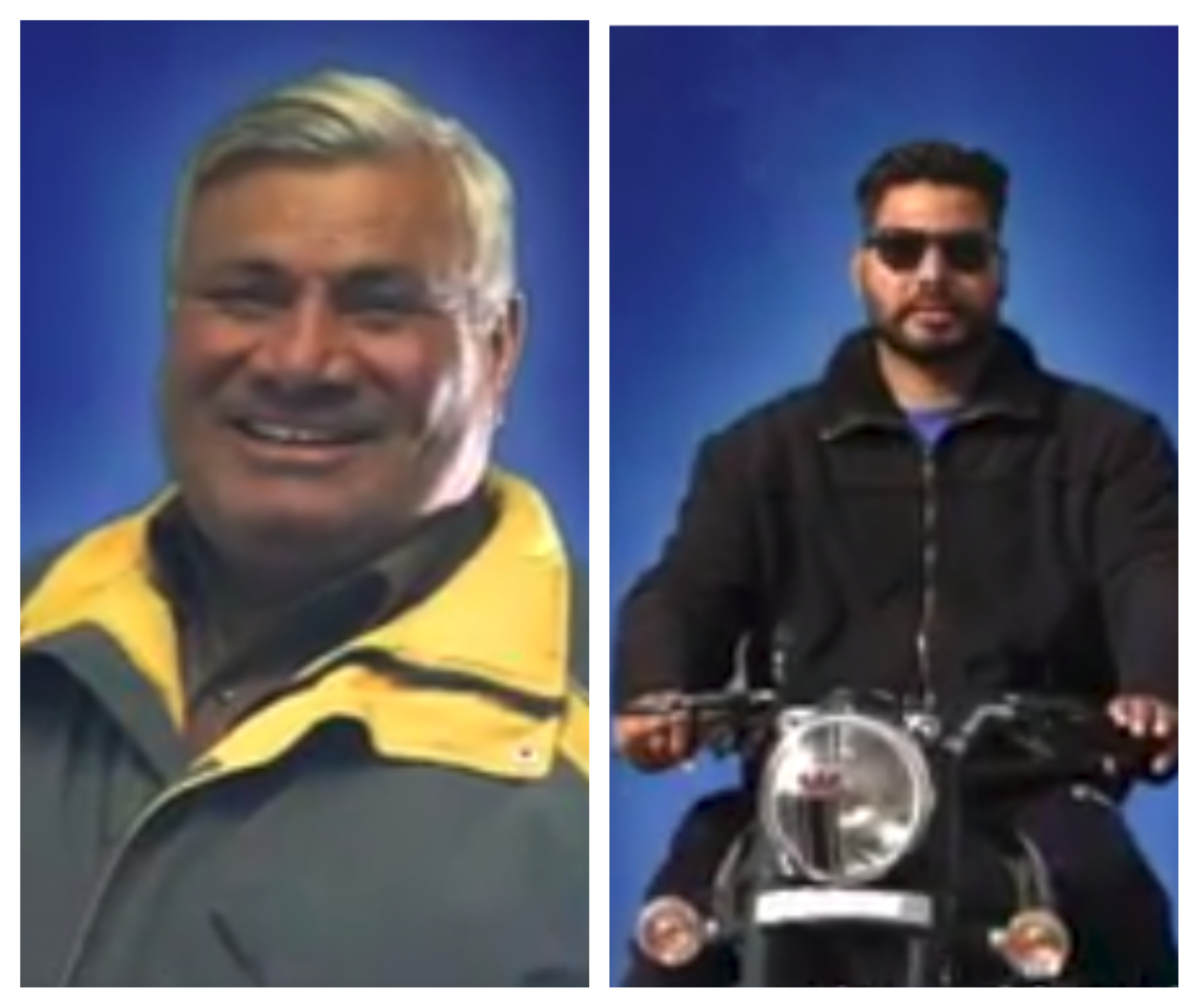 In 1995, Lubhaya Ji Kaul first prepared a water tank in the shape of a football, after which he started getting different types of orders. Now he is known as ‘Jalandhar’s Tank Sikander.’

Apart from Punjab today, there is a lot of orders from states like Haryana, Himachal, Delhi, Uttar Pradesh, and Rajasthan.